The General Assembly of the International Federation of Vexillological associations (FIAV) held its session during the 28th International congress of Vexillolgy, held from 15 to 20 July 2019 in San Antonio, Texas, US. The Assembly elected the HGZD president, Lieutenant Colonel Dr. Željko Heimer for the new FIAV president, the sixth since its establishment n 1967. The Secretary General was elected Bruce Berry, president of the Sothern Afircan Vexillological Association (SAVA), and Graham Bartram of the UK Flag Institute (FI) was reelected the Secretary General for Congresses.

The election of Željko Heimer for the FIAV president is not only an aknowlegdment to him personally, but to the small Croatian heraldic and vexillological community, which with his leadership in barely a decade established its rightful place in the global scientific community and managed to affirm Croatian heraldic and vexillological heritage from nearly global unrecognizability into a relevant and important area of research. The choice for the FIAV president continues the series of recognitions he received i the field.

Heimer presented his scientific paper on history of flags of the city of Rijeka at teh Congress, he led a discussion panel on preservation of vexillological knowledge, and participated in meetings of individual associations, the Flags of the World (FOTW) and the North American Vexillological Association (NAVA).

More on heraldic and vexilloligcal publications see in the category Publications.

Najave i rokovi | Dates to note 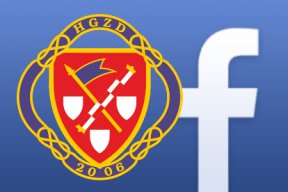 These pages are harvested, bibliographically processed and archived by the National and University Library – Zagreb, with intent to receive and permanently preserve web publications as part of Croatian cultural heritage at Croatian web archive (HAW).